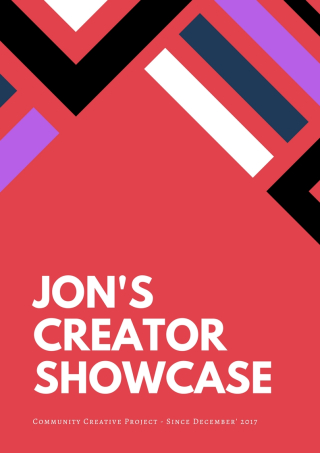 Welcome, everyone, to the month of September and to Jon’s Creator Showcase: August 2019! This month features an extensive selection of current, classic, and underrated anime content, as well as analytical and creative works from other fields that may surprise you. It’s a true honour to be a part of this initiative, and thanks again to all who were involved and all who submitted their works!

If you aren’t familiar with Jon’s Creator Showcase, do check out its page on Jon Spencer Reviews. Even if you missed this month’s call for submissions, there’s always the upcoming one, hosted by the lovely Crimson!

*Sorting and linking everyone’s post from Twitter threads was a slightly chaotic process. Even though I triple-checked, I can’t promise that I didn’t miss anyone. If I did, I’M SO SORRY, let me know, and I’ll add your post to the showcase immediately.

To start off the list, Mallow @ Secluded Observation‘s review contains encouraging verdicts on a balanced selection of recent favourites. Regardless of whether you believe in the three-episode test when it comes to anime series, you’d have to admit that these episodes make crucial first impressions.

For those interested in exploring more diverse plots (TL note: “plot” means storyline) from the summer, Nick @ Anime Corps has some more first impressions. His laid-back and open-minded approach brings the reader a pleasant and spoiler-free experience.

animeandfanfiction @ Anime and Fanfiction doesn’t beat around the bush with their opinion on Dr. Stone’s season premiere. I’ve been reading reviews for a while now and a 10 billion percent rating is a first, so do go and check out why!

Anime Reviews (the Classics and the Overlooked)

Phantom: Requiem for the Phantom – A Near Perfect Adaptation

Jon Spencer @ Jon Spencer Reviews (yes, the very founder of the showcase) has for us a an insightful post not only on the anime Phantom: Requiem for the Phantom, but on the context of its creation, and on the factors of which a “perfect adaptation” consists. Is Phantom worth the watch? Jon has me convinced, at least!

Review Of Chivalry Of A Failed Knight Episode 03: Errant Whipped Cream And Falling With Style

Crow @ Crow’s Anime World crows about some memorably chivalrous moments in his episode review. Props to him for his organized and inviting episode review format – the three moments accompanied by accurate screenshots made me smile, despite not having watched the series.

Talk about a dare…it seems like the challenge has only begun for Leth @ Lethargic Ramblings; let’s wish him good luck. On the tier of terribleness, few genres can get worse than terrible comedy. Akikan! is unfortunately a comedy, but hey, it might not deserve the title “terrible”!

(Space is the Place Tour) The Irresponsible Captain Tylor: Getting To Know Insanity and Passion 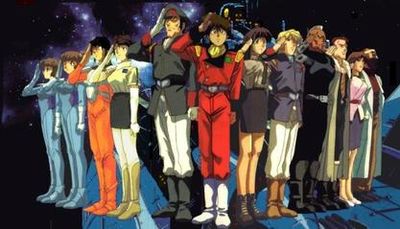 Ever felt like adopting an anime series as your son/daughter? It be like that sometimes. Scott @ Mechanical Anime Reviews lets us off on Planet Technobabble during a special guided tour (with various wonderful bloggers who also happen to be qualified space tour guides), during which he talks about the wittily insane and lovable anime classic, The Irresponsible Captain Tylor.

Fruits Basket Another: Children are Not Their Parents

While the existence of Boruto sparked some amount of controversy, few people seem to be discussing Fruits Basket Another – another sequel of a well-loved series that revolves around the next generation of previous characters. Aria @ The Animanga Spellbook‘s provides us with a succinct and thought-provoking post on the iffy bits about this 2nd gen spin-off of a series she loves.

Shinji is broken. Misato tries to fix him. 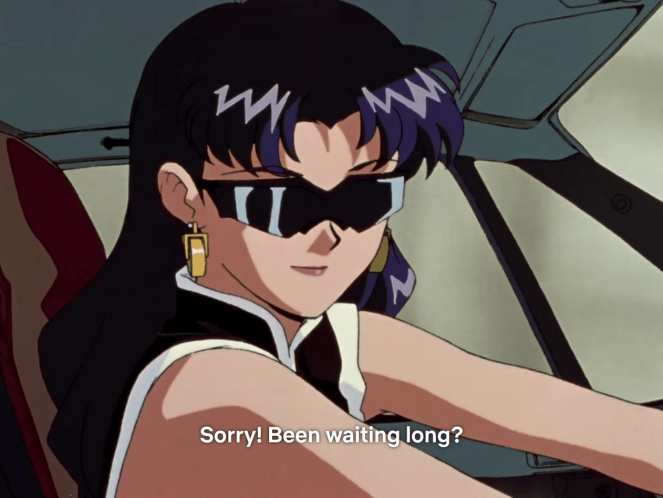 Good content is never too late. Fred @ This is my place. delivers an intriguing analysis on the dynamics between Misato and Shinji in Neon Genesis Evangelion. He zooms in on the subtle differences between intention, action, and interpretation, all the while maintaining an expressively snappy style.

The Anime A to Z Awards! 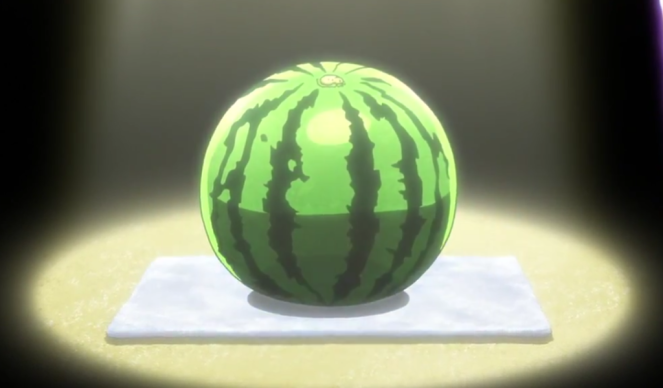 I knew these “guided” awards were going to be great as soon as I saw that they were handled by the impeccable judge and reviewer of reviews, Yomu @ Umai Yomu Anime Blog. The awards feature several inventive award titles, complete with easy-to-follow explanations, descriptive images, and a watermelon for the winner to take home.

Five of My Strangest Anime Crushes – the Guys

Ty-chama @ Watashi wa Bucho‘s got a fairly varied taste. I tried to think of a category for her crushes as I read the post (blond and cocky? tortured hero? secretly sweet jerk?), but nothing completely encompasses the adorable guys. I could totally snuggle with a couple myself though!

If You Haven’t Watched X… 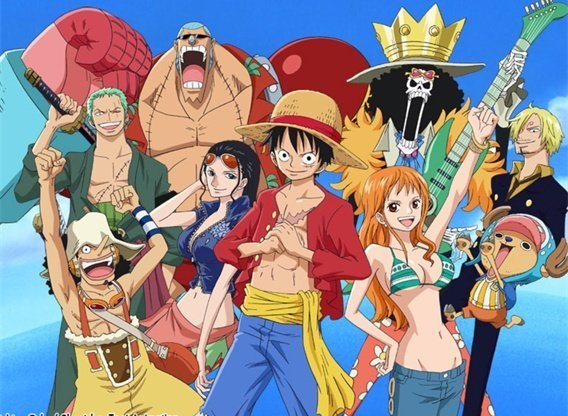 Karandi @ 100 Word Anime takes on the tedious subject of fandom gate-keeping with earnest reasoning and relatable anecdotes. Be it anime, literature, or any other popular medium, many people are too quick to slam doors on others, to the detriment of fandom communities.

OG-Man @ The Yuri Empire has for us a comprehensive review of a well-loved RPG game. Though I hardly game myself, this fairly self-aware spin-off of an already sufficiently meta franchise certainly has my attention now. 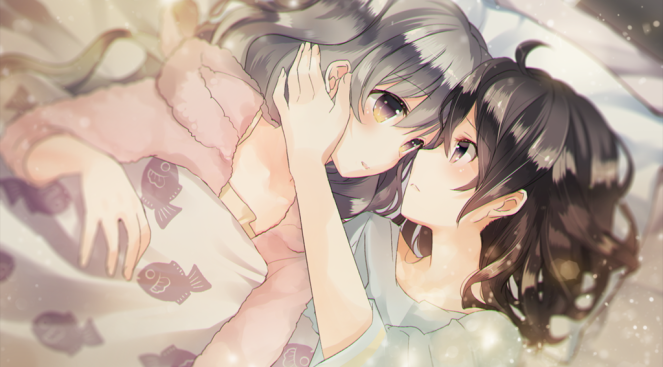 Isekai, language barriers, intimacy, and other usual and unusual trials of adolescence captured in one game. This review by Pete Davison @ MoeGamer was put together beautifully, with a good balance between storyline discussion and gameplay reflection! 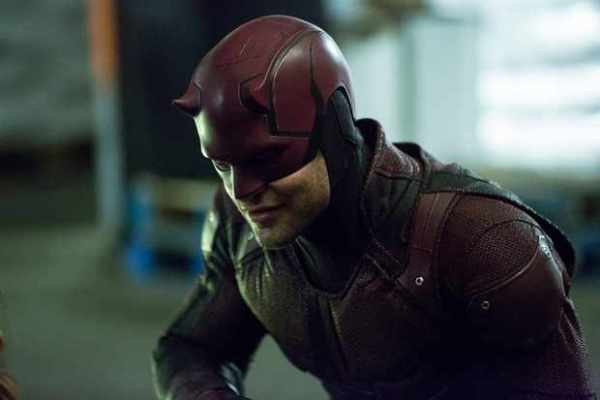 Merlin @ Merlin’s Musings puts together a clever and enjoyable list of power classifications for Avengers characters. Gotta be amazed by him for being able to find a place for almost every main and supporting character!

I’M NOT SURE THIS IS THE DEFINITIVE EDITION…: KOI WA AMEAGARI NO YOU NI (LIVE-ACTION) 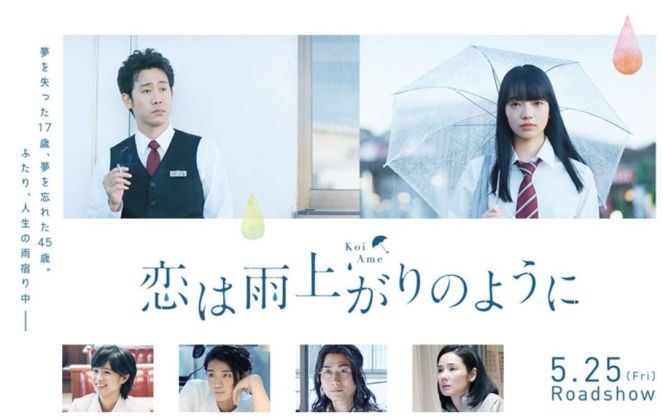 mirrorpurple @ MirrorPurple reviews a movie that much of the anime community has surprisingly overlooked – the live action adaptation of the manga and anime Koi wa Ameagari no You ni. Read on for a crisp breakdown of the movie’s strengths and weaknesses, as well as a comparison of it with the original series.

I’m a little surprised that this is the only book review in the showcase (book bloggers, where are you??), but it’s by Raistlin @ Raistlin0903, so of course it didn’t disappoint. Raistlin captures the wondrously magical elements in his first fantasy novel, and the personal memories he draws on sell the series even more.

If Ash was what you’d call a “girly girl,” things would, naturally, be a little different. The first part of this story by Pinkie @ Pinkie’s Pokemon is has the feel of a visual novel and swells with very pink vibes. Pinkie also manages to insert “Ashley” into all of the images – that’s dedication there.

Lee Relph, or MIB @ MIB’s Instant Headache, delivers a minimalist short film that weighs more than it seems. It doesn’t help for me to say too much here, but do watch to the end for a rewarding and thought-provoking revelation.

Matija @ tfwanime dedicates an AMV to Maki Oze from Fire Force, who is clearly best girl material! In the wise words of commenter EpicMango, “This amv is on fire.”

The Giant Walkthrough Brain: Revisiting a Presentation with Jay Ingram at the Five Year Anniversary

Last but not least, this post by Infinite Zenith @ Infinite Mirai obviously needs and deserves its own category. The Giant Walkthrough Brain is a remarkable neurophysiology show that Zenith himself helped deliver by working on crucial behind-the-scenes programming. It’s long, but his reflection is totally worth the read for both neuroscience geeks and curious readers without prior scientific knowledge.

Whew, putting this together was a task, but a thoroughly rewarding one especially since I haven’t been able to catch up on people’s amazing posts consistently all summer. You all have incredible screenshotting, blog-designing, video-editing, writing, rating assignment, time management, and concentration skills, and I’m so jealous!

Thanks again to all the participants who submitted their insightful and unique content; your contributions to your online communities now and prior are wonderfully valuable.

Next: passing the torch on to Crimson @ Crimson Otaku’s Anime Blog!