Pt. 2 of Moya being a tourist. Carrying on from where I last left off, my friend and I arrived in the town of Jiufen, famously (mis)attributed to be the model town for Spirited Away. A few years back when I last visited, you could hear Japanese and English being spoken everywhere, and would be greeted by No Face merchandise at every corner. It seems that even after Miyazaki came out and denied the connection between Spirited Away and Jiufen, people were still flooding to Jiufen rather enthusiastically. Writing in past tense only because of the pandemic this year. 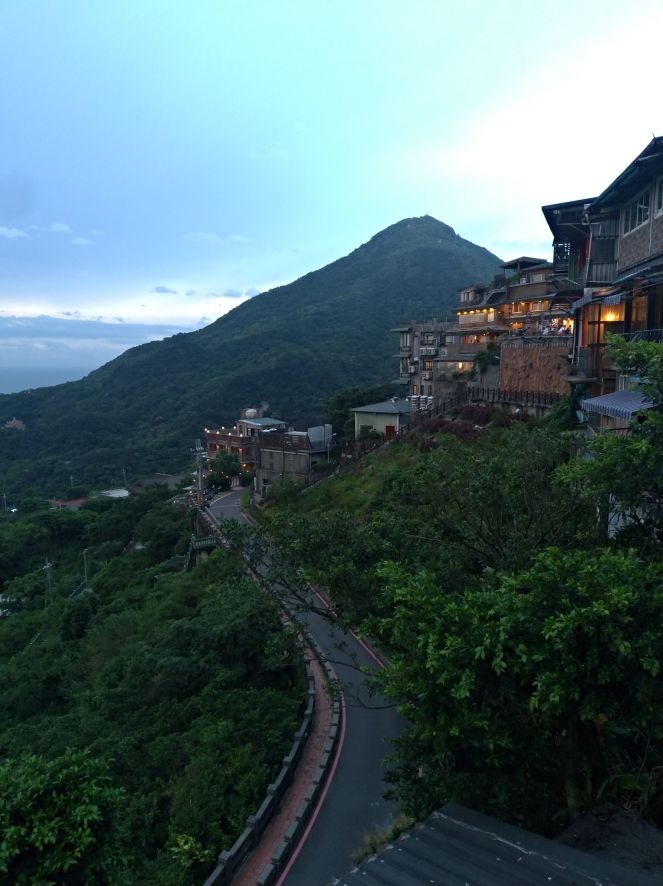 Regardless of what actually inspired Spirited Away‘s town, there are definitely interesting parallels between it and Jiufen, and I do think the comparison adds to the intrigue of one of my favourite places:

The most famous food in Jiufen is tapioca taro balls. Considering the weather, we got a bowl of iced ones to share. Ours were a mix of flavours (taro, mung bean, sesame, yam, purple yam) + sweetened kidney beans, scooped out hot and topped with shaved ice.

We wanted to sit down somewhere with a pleasant view, and it ended up being a choice between a restaurant that offered a “free debate on karmic relations” and one that advertised free beer with the purchase of two cocktails. We chickened out in front of the karma restaurant and went for the second one.

We each ordered a fancy cocktail and got lost enough in our conversation that we forgot to even ask for the free beer. Oh well…I never liked beer in the first place.

Drinking on a half-empty stomach made me just a bit tipsy, but all the food vendors were either closing or closed by the time we left the place. It was a weekday with few tourists after all. We took many pictures of the lantern-lit empty streets and left before the last bus. 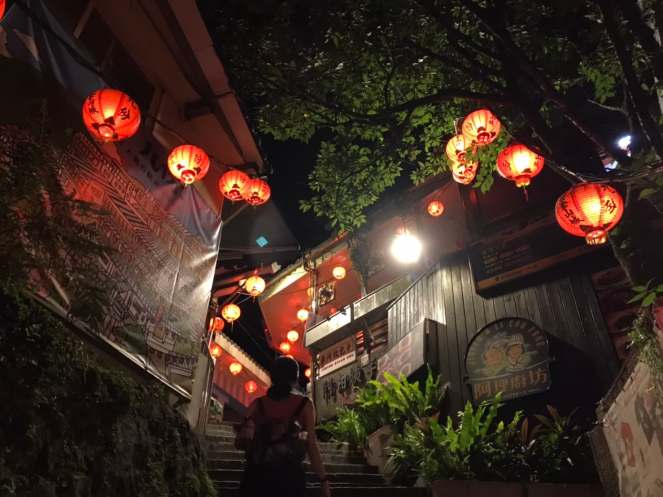 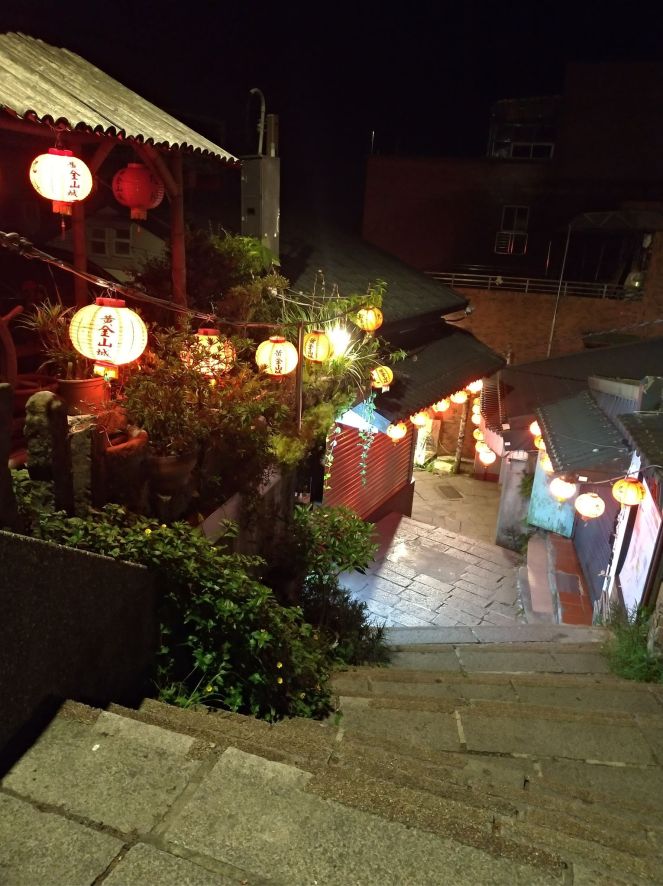 Despite accidentally missing all the delicacies we could have had for dinner, it had been a good trip, and probably the most memorable one yet that I’ve made to Jiufen.

That’s it from the travelogue for now, since I don’t know if I really want to flood my blog with travel entries all of a sudden. For the next half-a-month, I’ll probably be going more places and doing other unplanned things, so it’s hard to say when I’ll sit down and blog again.

Until then, stay safe, and I hope you all get to enjoy some sunlight when you can!