Loved the first half and didn’t mind the second either.

A very good episode, and a fitting endpoint for the season. It does leave me very hopeful for the Infinity Train movie, however!!

…yup. We even got a bonus Muzan disguised as a woman (just to distinguish him from Michael Jackson).

That elaborate piece of architecture!!! It’s an upgrade of Kyougai’s house. I wonder if Kyougai helped build it. And gender-bent Muzan was indeed a pleasant surprise.

I loved the episode. I’d been waiting to see the Fortress, and it turned out way cooler than I could have imagined.

Waiting for that Murder Train movie.

Infinite Training Arc, apparently. And I have a strong feeling that Rengoku is going to die.

Cool moving shot of train, featuring Rengoku smiling in it and the perverse Juuni Kizuki guy (?) on top.

I loved the scene with Tanjiro and Kanao. It was so sweet and adorable!!!

Genya…okay, I’m kind of kidding with this answer, but seeing him back in the show made me realise Tanjiro hasn’t grown all that much (height-wise). Tanjiro’s fated to face off against Kibutsuji, but he’s also fated to be short…so to speak.

Biwa-playing woman (Muzan’s bgm provider). If we’re talking about someone who actually has a character, then probably Kanao. This episode is Kanao at her purest.

Definitely Kanao. This episode is one that finally cements her into more of a main character role, where she’ll be for the rest of the series. Plus, she’s freaking adorable!!

When they get on the train. (I was kind of hoping they’d play Harry Potter music in the background or embark at platform 9 and 3/4, but those homages might be a tad too obvious…)

Muzan murdering the first two demons. I love how his scenes correspond to the ones with Master in the Hashira episode.

The Fortress scene was just awesome. It really shows how cruel and brutal Muzan can be, even to those who serve him loyally.

It’s been 2 episodes of teasing this movie…I know anime is meant to be an extended commercial sometimes, but 48 minutes is a bit much.

This episode raises several questions. 1) How did Zenitsu and Inosuke catch up despite missing so much training? They even demonstrated the exact same amount of growth as Tanjiro when bursting the gourds simultaneously. 2) Why didn’t Muzan kill Tanjiro when they first met? With how strong he is, he couldn’t possibly have been stopped by Tamayo’s simple trick. I’m sure this won’t be left unexplained, but I still wanted to ask. 3) Why is the Demon Slayer Corps not recognized by the government, when the existence of demons should be extremely easy to prove? Shouldn’t people be educated about something so dangerous? So far, none of the civilians in the series seem to know anything about them.

I thought it was pretty good overall, honestly. 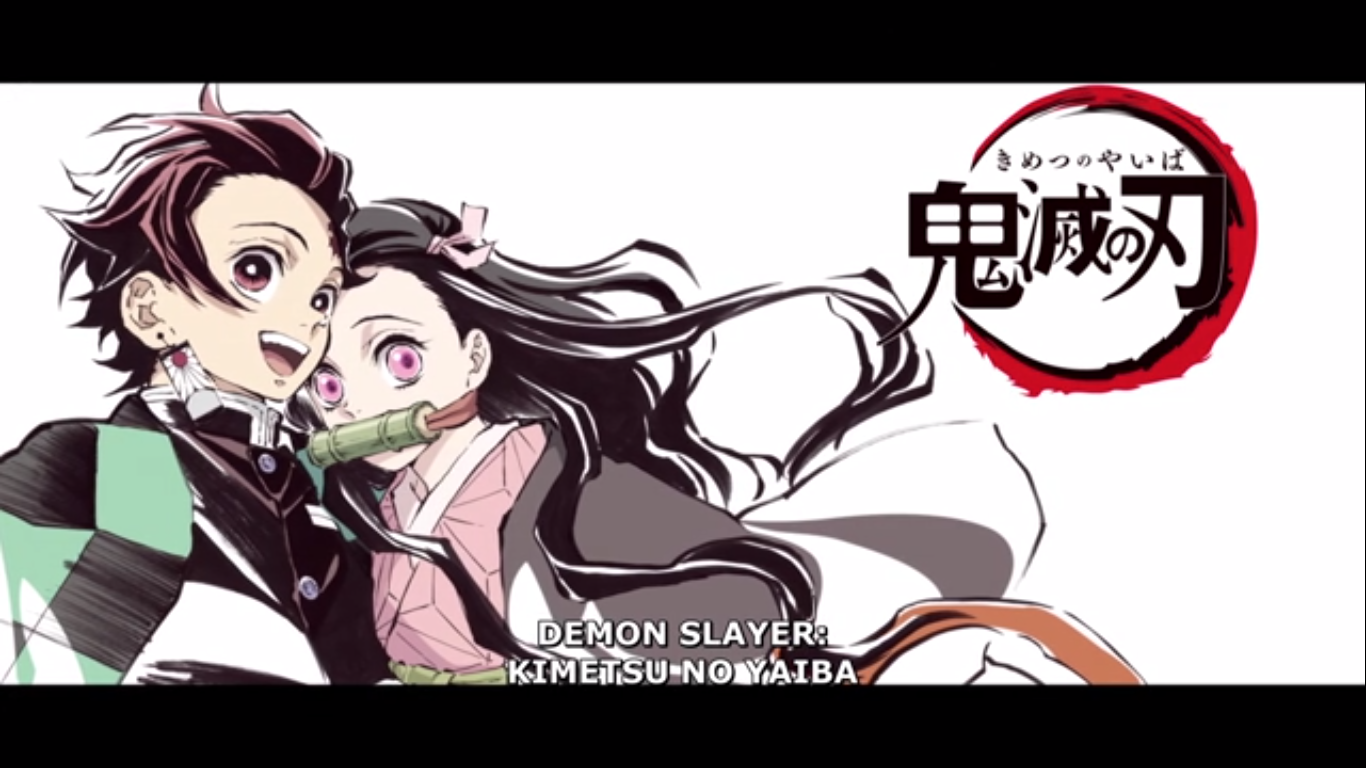 Let’s have Tanjiro and Nezuko for the final screenshot. 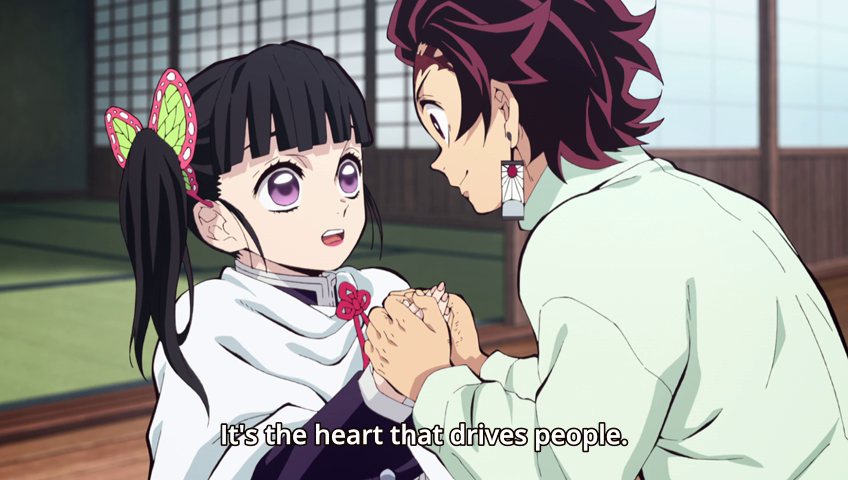 Not easy when you know there’s

A movie coming up.

All aboard the hype train (except me. I’m feeling neutral).

Time to say farewell (for now).

Hey sup it’s the missing one. I’ve been putting off-shot because it’s more than 10 words

So, we’re finally at the end.

I do wonder about the future of the Demon Slayer Corps, as well as the Demon Sayer Corps.

It’s been a journey of friendship, joy, life-impacting medical conditions (?!), procrastination, and delays. I wonder if we’re gonna keep up?

Whelp, we’ll have to wait and see. A thousand thanks to anyone who joined us on this journey, even just for an episode or two. We can be quite extremely rambly people.

5 thoughts on “Demon Sayer Corps: Kimetsu no Yaiba 26 – Off the Training, Onto the Train”