Frankly, I found it hard to take this episode seriously, though this may be the most serious the anime has gotten in terms of developing some overarching external conflict.

So naval captain Dietfield Bougainvillea, a.k.a. Major Gilbert’s brother, is on the same train to protect the people involved in the signing of the peace treaty. Some anti-peace people are on their way to stop them by force. The screenshots are really ridiculous to look at in succession, so I don’t want to interrupt them with too many words this time. 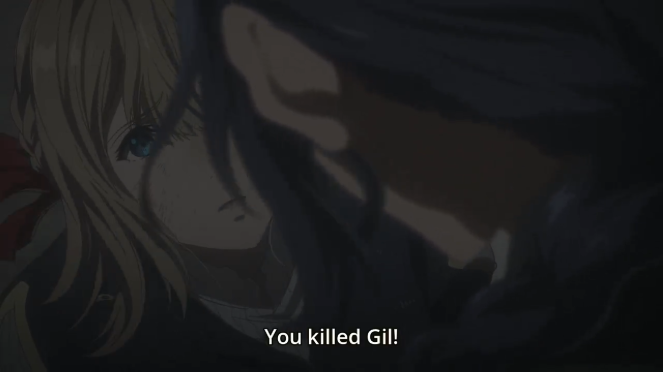 I have to admit that I laughed in too many of the scenes. An awkward anti-hero and a ridiculous villain. That anti-peace leader can go star in Anpanman or something. Maybe that’s just me being a mean-spirited viewer. I have to admit that I’m somebody who can laugh during sad movies too. How did everyone else find the episode?